The future of the force is female

Christmas 2017 was not what we expected. On Christmas Eve morning, Portland got hit with an ice storm.

We were sad when our plans to attend our wonderful church and participate in its Jazz Christmas service were dashed. We found some brave Uber Eats driver to deliver Thai food to our door, watched "Home Alone" and "Elf," and hunkered down.

It still hasn't melted yet, but we've ventured out a few times. One of the highlights was to see "The Last Jedi" on Christmas Day. I loved this movie. NO SPOILERS HERE, I promise!

Contrary to the boys' club of the early Star Wars movies (and nearly every other action flick with the exception of "Wonder Woman" and the all-female "Ghostbusters"), nearly every scene had a woman in it. Many of them were women of color even! REPRESENTATION MATTERS! Apparently some little boys men have themselves all worked up about this and have tanked the Rotten Tomatoes audience as a result because they can't take the rebalancing of gender in this film. For example:

As Refinery29 writes, "Translation: strong women are fine, but only if the men are stronger."

Even though Princess Leia was a badass, she was the only female lead in the first several films. As usual onscreen, she was surrounded by men. New York Magazine put together a montage of all the lines spoken by a woman other than Leia in the first trilogy. Those lines totaled one minute, 23 seconds, out of 386 minutes! As my wise husband said, "No wonder so many Star Wars nerds are men."

In "The Last Jedi," it's clear that women and intersectionality are the lifeforce of the resistance. We get my new favorite Star Wars character, Rose, who's a mechanically minded woman from a working-class background. We get women leading the resistance...and even some villainous females, one of which is a fierce fighter in one scene. We get women working together for the common good, and overruling and outsmarting a few mansplaining men who are ingrained with toxic masculinity, questioning women's decisions and leadership.

Mike and I both cried several times during this movie, because it so clearly represents what's going on in the world right now...the underdogs fighting the Evil Empire, the warmongers profiting at the expense of the marginalized, and the complete lack of morality among the ruling elite. The rebels in the Resistance are trying to create a better world for themselves and future generations. And then there's dear Carrie Fisher in her last appearance on screen. The film's poignant plot makes her role even more bittersweet.

As the Intercept says, "If  'The Last Jedi' has a political takeaway, it’s for political revolution and a bottom-up transformation of not just who’s in power, but who gets to decide how that revolution happens."

This was the year of the woman, as shown in this montage of feminist moments in 2017. We are so tired of getting less, getting groped and catcalled, and getting the brunt of things. We are rising, and we are no longer taking your mansplaining shit.

Women are coming into their own, standing up for justice and the marginalized, collectively gathering to resist, and finally reclaiming the word "feminist," and this is the movie and these are the heroes we need: 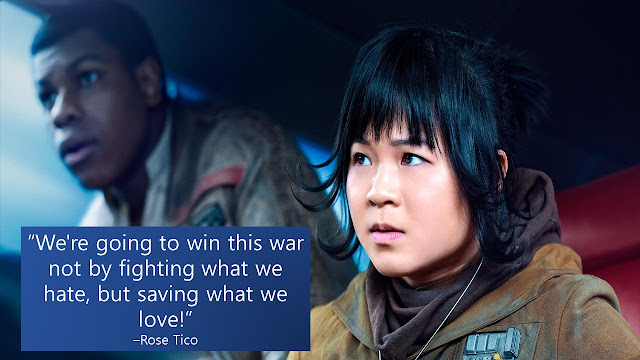 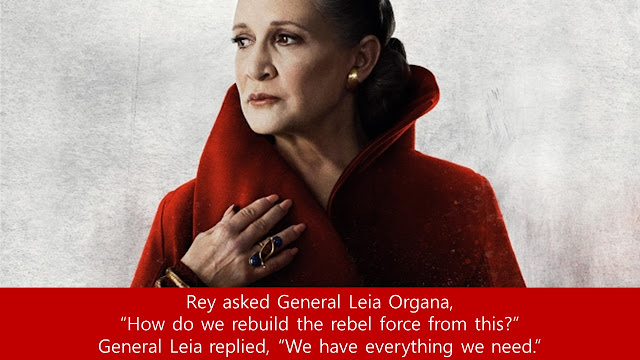 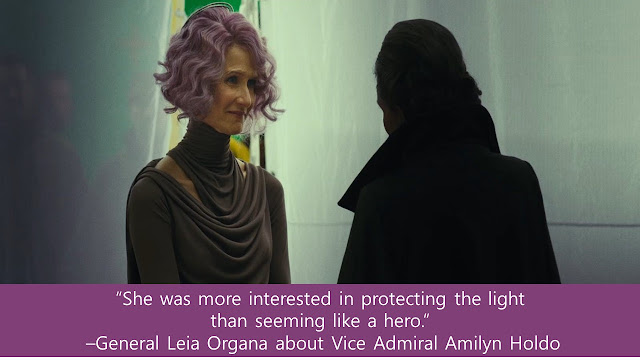 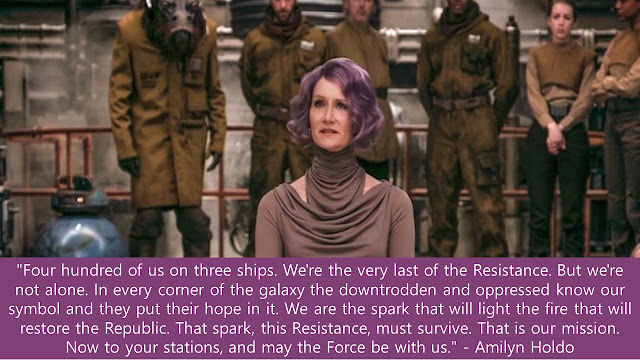 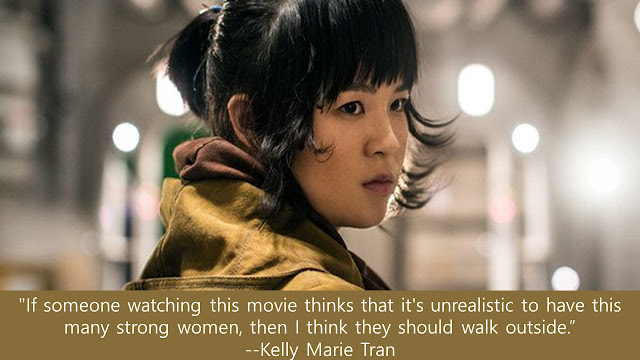