Everything possible: my miracle baby is an adult!


If you are in the medical field, never gasp when you are examining a patient.

That's what Lynn, the labor & delivery nurse, did when my obstetrician suggested she look at my cervix again. I'd already told Lynn that I'd felt the umbilical cord come down when I was taking a shower. Lynn told me this was unlikely before examining me and then pronouncing me fine.

When Dr. Weaver arrived, she was grave. After she confirmed the umbilical cord had indeed prolapsed, my water had broken, and the baby was in a breech position, she told us she was sorry because it was too early. She would not be able to save our baby. Lynn turned away in tears. They both left us alone to grieve the impending death of the child we'd been waiting for.

Back in 1996, obstetricians didn't know as much about premature labor--or at least they didn't educate their patients as well. I'd had near-constant bleeding throughout my pregnancy, and I'd been monitored closely, but I'd never been warned about the signs of premature labor.

Now I know I'd been in premature labor the previous few days. The week before I'd taken a business trip to Alaska and I just didn't feel right. On the evening of August 21, I began having painful stomach cramps...but we thought it was constipation. Mike plied me with prunes. I was actually due to fly to Seattle for a management meeting on August 22, but I had to cancel after waking up at 5:30 a.m. to get ready and then doubling over in pain.

During the day the pain lessened, but it increased again in the evening. I lay awake all night with severe cramps—sharp, shooting pains, like stiletto heels gouging me in the pit of my stomach. I suffered in silence, though, not wanting to wake up Mike. I prayed that my stomach ailment would pass and I’d feel better. How could I have known I was in premature labor? I was barely 24 weeks along.

A few minutes later, Dr. Weaver returned to our hospital room with a tiny bit of hope. She'd called a neonatologist at Legacy Emanuel, who informed her that 24-weekers now had a 50 percent chance of survival. So she gave us a choice: we could have a radical c-section and the baby might live...but all my future births would have to be by c-section. Or I could deliver the baby naturally, and he would die. He was already at severe risk for oxygen deprivation with the prolapsed cord...not to mention countless other risks I wouldn't learn about until later. (We were told after his birth that he had a 50 percent chance of major disabilities if he did survive.)

Before even asking Mike, I told Dr. Weaver I'd take the c-section. Fortunately, we agreed on one thing: our Christopher Hugh was meant to be born. I thought to myself, "No matter what happens, we're going to will this baby to survive." And so he did, thanks to a huge deal of prayers, excellent medical care, his tremendous will to live and thrive, and an enormous dosage of luck.

That morning was the beginning of a four-month stay in the NICU, the most difficult weeks of our lives. Because we spent countless hours staring at Christopher's numbers on the monitor, what better way to summarize the NICU stay than do it in numbers:

1 pound 6 ounces and 11 inches long
1 terrifying bout of cerebral edema/low flow to the brain and 1 damaged kidney
1 slip of paper that said "NORMAL HEAD GETTEL"--the ultrasound report the day after the brain injury, when we'd been told Chris would probably be a vegetable
1 dose of septic shock, at 5 weeks old
2 lungs affected by chronic lung disease
2 eyes afflicted with retinopathy of prematurity
2.84 pounds at 10 weeks old
3 surgeries, the first one when Chris was just 19 days old and weighed less than 2 pounds
At least 3 life-threatening crises when we were urgently called to the NICU from home because it looked like Chris would die
4 nights I spent in the hospital before having to leave my precious baby behind in the NICU
(AWFUL!!)
4 weeks he was the sickest, smallest baby in the unit (until two more 24-weekers arrived)
6 weeks on the ventilator before moving to c-pap
10 weeks in Level 3, the most intensive care part of the unit
10 (?) excruciating eye exams
17 mylar balloons and handmade signs, one for each week he was there

At least 20 times nurses or doctors infuriated me for various reasons!
28 days on a warming bed before he was stable enough for an isolette
33 days until we got to hold Chris for the first time (34 days for Mike--we had to alternate days at first)!!!
100 times our nurses did something truly touching or that kept us sane
117 days and nights in the NICU (he came home on December 21, the happiest and most terrifying day of our lives!)
(180 months until Legacy opened a new NICU with private rooms for families, in 2012)
234 nurse shifts and 234 shift changes during which we had to wait in the waiting room
351 visits to the pumping room
(1095 days until he began talking at age 3) 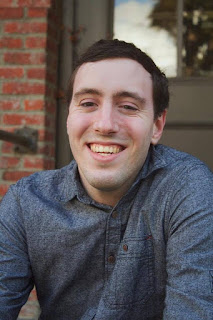 I've written many times in this blog about our NICU journey and Chris' progress through the years, and one of these days we will finish our book. The first few years were full of joy and challenges, as we saw the developmental delays that result from being cut out of your mother's womb 16 weeks early. But even though he came home on oxygen, a couple of machines and monitors, and several medications (he was totally high tech!), and even though he got reflux and was projectile vomiting all over us several times a day...he was always an easy-going, lovely child. Many preemies have a very difficult time adapting when they go home from the hospital, but not Chris. He was just so happy to be with us all the time.

Chris truly is our miracle boy, now man! He has lived out "Everything Possible," one of the songs we sang to him daily in the NICU. In fact, he loves music more than almost anyone I know--probably the result of our constant singing to him in the NICU. 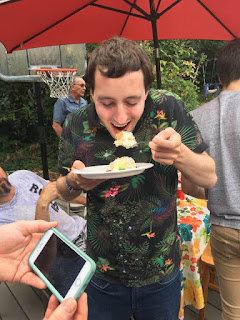 He's entering his junior year at Pacific Lutheran University, majoring in theater with minors in communications and politics. He is one of the kindest, most forgiving, enthusiastic people I know. He does not have a mean bone in his body. College has been a great adventure, and I've been delighted to see him get interested in politics and social justice. No matter what he does with his life, I have no doubt he will continue to inspire people.

Chris' birth and survival inspired this blog, Every Day Is a Miracle, based on the quotation by Einstein. He will always be my hero...not just for surviving the odds, but also for living his life to the fullest and appreciating the wonders of the world.


Chris: Happy birthday, wonder boy!
I am so proud of you and happy to be your mom. 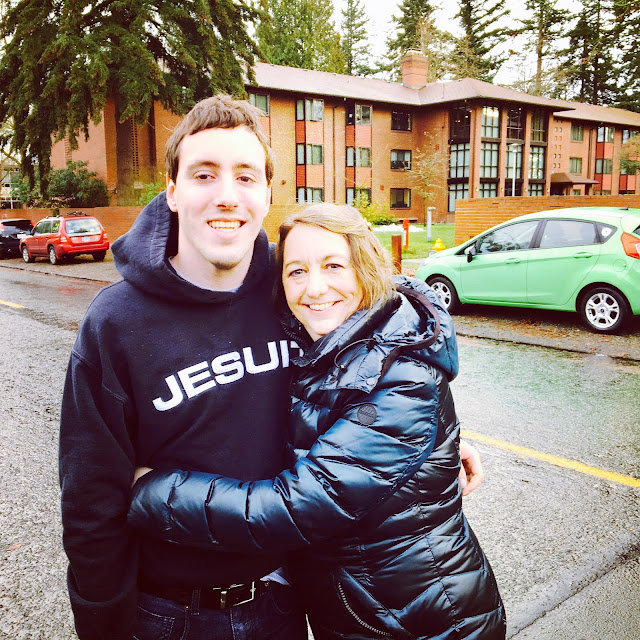