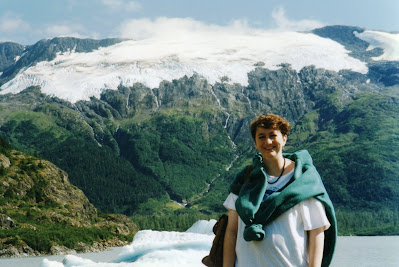 Naïve pregnant me, traveling to Alaska one week before you were born
Twenty-four years ago this morning, your life began with a huge question, percentages, and dire predictions:
The question, posed to us by my obstetrician after I went into premature labor and she saw that the membranes had been ruptured and you were breech and tiny:

I didn't even wait for your dad's opinion. I immediately said I'd have the surgery. 50 percent or nothing? No hesitation. (Later I would learn Dr. Weaver was surprised I made that choice...I'm sure she thought you would die.)

The medical team sprung into action, transporting me by ambulance to Legacy Emanuel. Your dad followed behind the ambulance, and I didn't see him again until I woke up in the recovery room. He told me you were alive, you were a boy, and you were tiny: one pound, six ounces and eleven inches long. But very much alive. 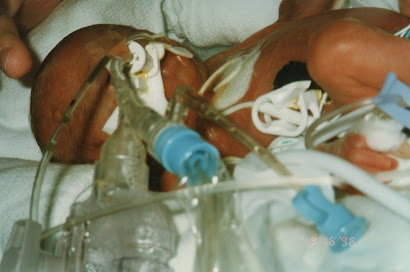 They wheeled me into the NICU on a stretcher to see your tiny, glistening, red, and rapidly vibrating body. You were hooked up to a high-frequency ventilator that made you shake. It was terrifying, but I was so relieved you were alive. I didn't know one thing about having a premature baby. I had no idea of the terrain or the dangers. I have always preferred hope to despair, so I clung to that hope.

...until the next day, when one of the neonatologists came to see me in my hospital room and give me more dire percentages:

After surviving the first set of odds, now you were faced with two more. Looking back, now I realize that all the doctors must have thought I was completely naïve.

Well, you showed them all. 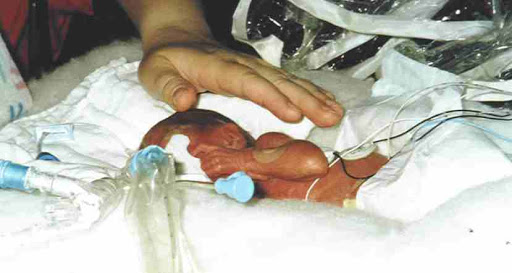 Here are some of the vivid memories that rise to the top of my mind during this birthday remembrance: 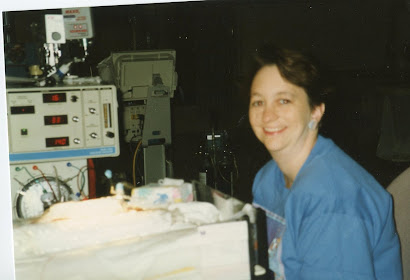 I remember far more details of first year of life than those of your brothers, mostly because your milestones were so significant and long awaited.
Even though you were a complicated, high-tech baby and most long-term NICU babies have difficulties adjusting when they go home, you had the sweetest, most easy-going disposition imaginable.
Even though you had cerebral edema and low flow to the brain (similar to a stroke), you did not suffer from a brain bleed.
Even though you had to be admitted to the hospital with serious scary pneumonia and RSV one year after leaving the NICU, once again you were able to come home for Christmas (photo below).
Even though you had some developmental delays as a small child, you learned to read early and you escaped so many of the invisible issues preemies often face.
Even though you didn't talk until you were three years old, once you started talking we realized how smart you were.
Even though you developed epilepsy in third grade and freaked us out with a grand mal seizure, you grew out of it as an adolescent.
Even though I would never wish the NICU experience on ANYONE, through the experience we learned to value life and miracles and we also made some of the best friends of our lives in other NICU parents. 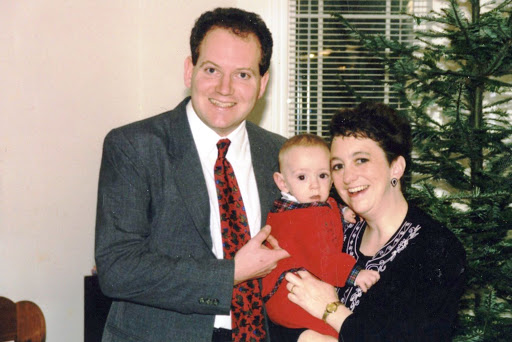 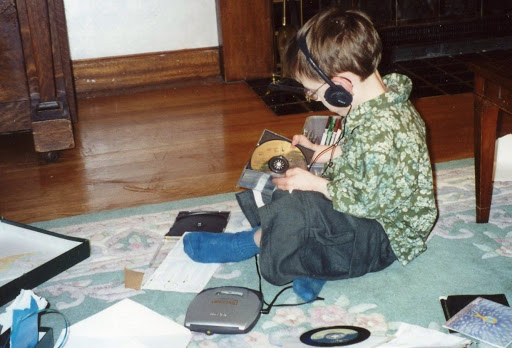 From birth, you have adored music and are a walking musical encyclopedia. You are the most forgiving person I know, filled with a capacity for kindness and compassion that cannot be measured. You cherish your family and friends and you love life. I've always believed that preemies have a wisdom beyond their years, as if you've known since birth that life is precious and not to be taken for granted.
I'm so proud of you for earning your college degree and finding someone wonderful to share your life with. I am eternally grateful to be your mom, that you've taught me more about life and miracles than anyone else, and for doing everything in your power to survive and thrive. My constant prayer and mantra for you as a tiny baby was "GROW." You've continued to grow as a person, becoming a wise, loving, enthusiastic, hard-working, funny, and engaged young man. 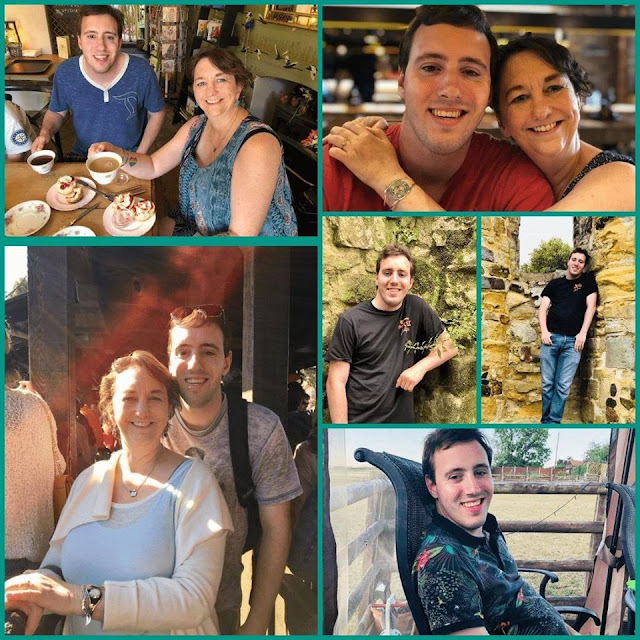 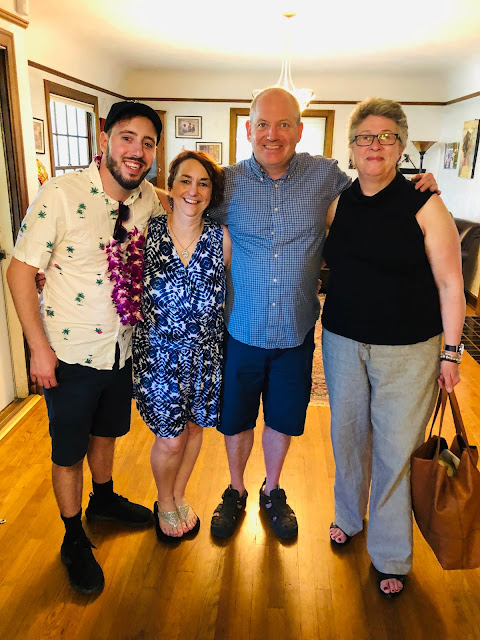 At your grad party with two of your NICU nurses 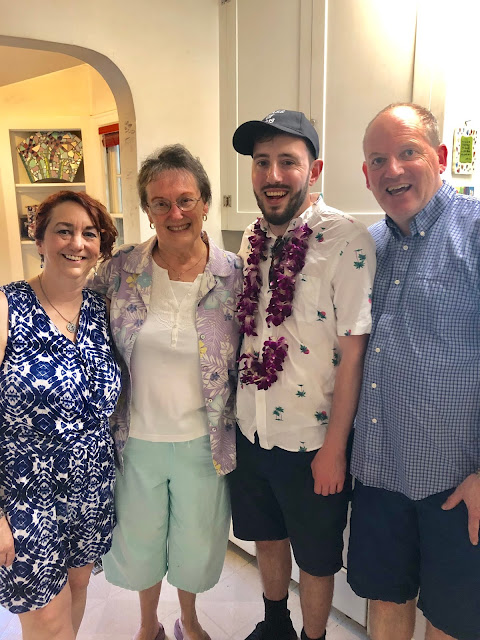 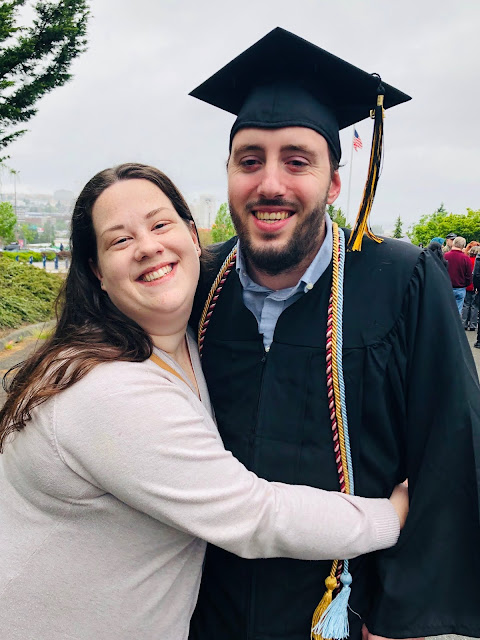 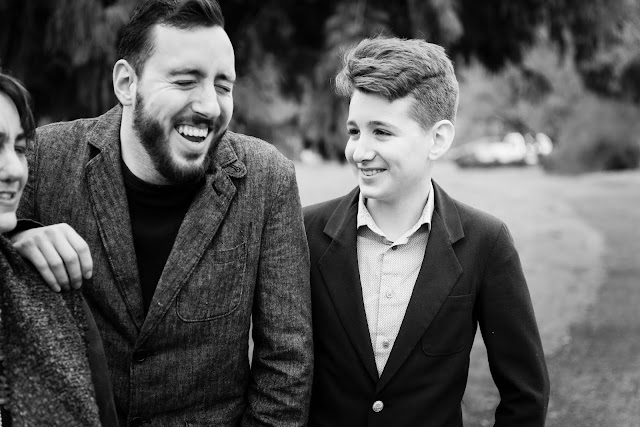 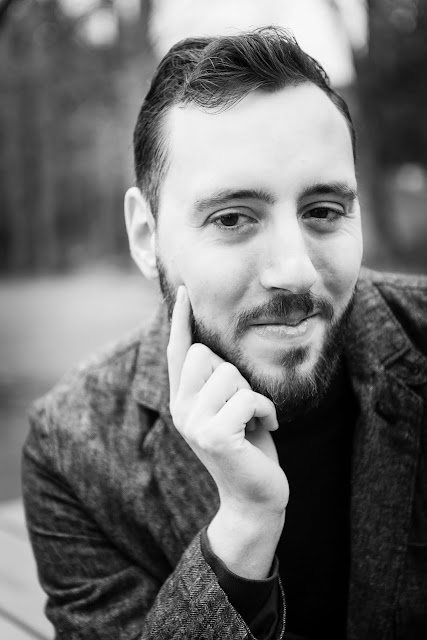 Happy 24 to my 24-weeker and miracle boy. Thanks for making me a mom and teaching me this important lesson: 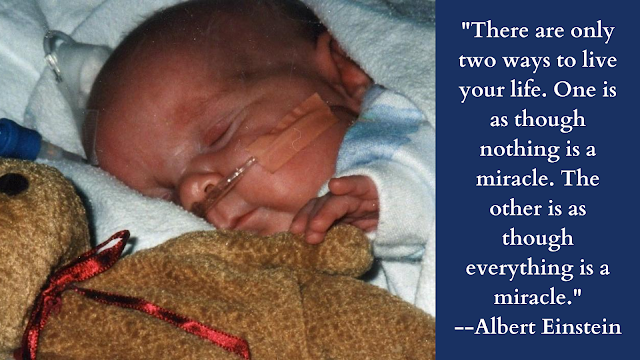 I love you so much, Chris...you will always be my hero!