Inspiration for resilience during physical isolation

April 05, 2020
This shit is hard on an extrovert who wears
her heart on her sleeves.


Either I'm having FOMO (fear of missing out), thinking about all the fun activities and events that have been cancelled...or I'm up in the middle of the night worried about my parents, my immunocompromised loved ones, or my oldest son who is working at a grocery store.

I fret about how the coronavirus will be stopped while the United States has such a haphazard approach to curbing it, state by state. Some states (like Oregon) are being far more aggressive with stay-at-home orders, and that's paid off.

I worry about what will happen in developing countries, where people live in close quarters with poor sanitation and lack of access to clean water much less soap.

I worry about women or children who are domestic violence victims, forced to self-isolate with their abusers.

And I struggle with the uncertainty of how long it will last. This was not the 2020 I was hoping for.

But RESILIENCE is the theme of my life. 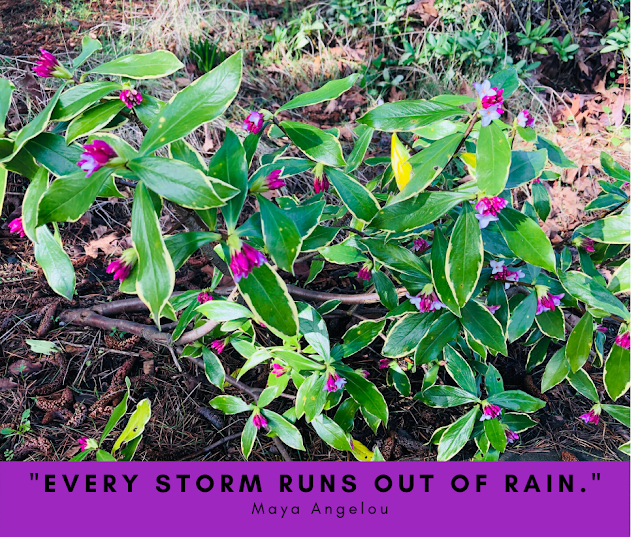 I find Maya Angelou's words comforting during this time of fear and unknown. At some point, this will end.

Always drawn to stories about people who have overcome great obstacles and emerged stronger than imagined, that's also been the theme of my pandemic viewing and reading. (Well, I must confess that I have also watched that waste of time "The Tiger King" and other light shows!)

I wanted to share with you three highlights of the last two weeks:

Self-Made: Inspired by the Life of Madam CJ Walker 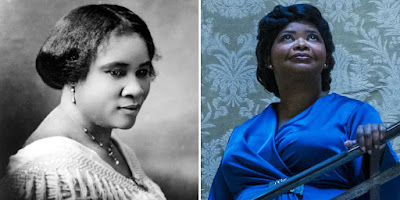 I wrote about Madam CJ Walker three years ago, during my "I Was a Stranger" Lenten series.


I read this Netflix series was coming when I looked up director Kasi Emmons after I watched the amazing biopic Harriet, which she also directed. ("Harriet" didn't receive rave reviews, but I found it to be immensely moving.)

Octavia Spencer plays Madam CJ, and although they took liberties with some of the history, the result is a compelling historical series about race, resilience, and gumption! Sarah Breedlove (her real name) had a feisty independence and self-awareness that was ahead of her time, and she overcame obstacle after obstacle. As a new entrepreneur, I especially found it to be inspiring. Check it out!

Another Netflix gem, "Unorthodox" is based on the memoir by Deborah Feldman, a woman who grew up in the Hasidic Satmar sect in Williamsburg, Brooklyn. Dee

ply unhappily married and feeling stifled, she escaped her community to become an independent woman. I read Feldman's gripping memoir back in 2012 and my blog review attracted a number of angry Hasidic Jews, who set out to discredit Feldman. Fortunately, I actually had a respectful conversation with one Hasidic woman who had actually read the book.
In the Netflix show, much of which is in Yiddish, the main character, Esty, escapes to Berlin because her mother had fled there. Her husband and his slightly wild and off-kilter cousin Moishe come to Berlin to try to convince her to return to the fold. The character of Esty is a compilation of many people who have left the Hasidic community. It's a new story all its own, but inspired by Feldman's book.

The Hasidic community might not agree, but I felt that the show conveyed deep respect for the Jewish faith as well as the Satmar sect. 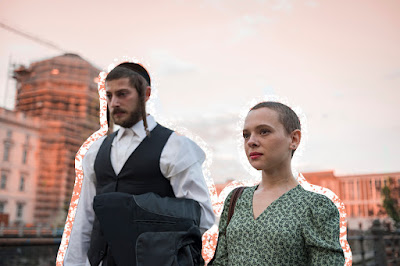 I was reminded that as a young woman, I loved the movie "Yentl" (based on "Yentl, the Yeshiva Boy" by Isaac Bashevis Singer) because the main character was another woman trapped inside an orthodox Jewish community, unable to study theology like she wanted. She pretended to be a man so she could follow her heart and become educated.

Both the real Deborah Feldman and Esty in the Netflix series are strong, resilient women who have to go to great lengths to escape every sort of normalcy they knew, leaving behind their whole communities so they could express themselves freely and become the women they were meant to be.

Just Mercy: A Story of Justice and Redemption

You might have seen the movie "Just Mercy," released last year. I have been waiting to read Bryan
Stevenson's book before watching the movie. I just finished it this weekend, and it was hard to put down. 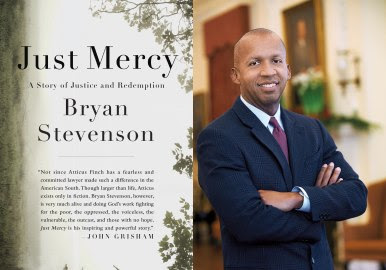 Just Mercy will infuriate you when you learn about the scores of black and brown people imprisoned for life or on death row for seemingly insignificant crimes...or children sent to adult prison for life for making stupid decisions. So many of them receive pathetic or no legal advice or support. Many of them already victims of abuse, they continued to be raped and assaulted in prison.

And Walter McMillian, like so many Black and brown people, ended up on death row because of the racist structures and white supremacy in our society, convicted and sentenced to death as innocent victims.

As a young, idealist attorney, Bryan Stevenson met McMillian on death row early in his career. He soon uncovered the facts: the prosecution had no real case to convict McMillian on murder charges. So they fabricated the evidence and pressured a few men to accuse him.

McMillian lived in Monroeville, home of Harper Lee and setting of To Kill a Mockingbird...but the townspeople cared more about their reputation than the truth of what still happens to Black people, so many years after Scout and Atticus...they could not see they had tried and convicted their own Tom Robinson. Over the years, Stevenson tirelessly worked to overturn the conviction and restore McMillian to freedom.


Stevenson has been likened to the United States' Nelson Mandela. His Equal Justice Initiative (founded over 30 years ago, and now with 150 people on staff) provides legal representation to people who have been illegally convicted, unfairly sentenced, or abused in state jails and prisons.

Many of the people Stevenson works with have never been listened to, respected, or given a chance to make better choices. And this is where the resilience comes in. In spite of being treated so horribly, and in some cases being on death row and terrified their lives will be ending, so many of them still find hope and the joy in little things...like chocolate milkshakes, or a vist from their kind lawyer.

Stevenson shares a powerful anecdote, about a Black woman who was waiting for him after one of his trials...because she was called to provide support to others:

“All these young children being sent to prison forever, all this grief and violence. Those judges throwing people away like they're not even human, people shooting each other, hurting each other like they don't care. I don't know, it's a lot of pain. I decided that I was supposed to be here [at the court] to catch some of the stones people cast at each other.'

I chuckled when she said it. During the McMillian hearings, a local minister had held a regional church meeting about the case and had asked me to come speak. There were a few people in the African American community whose support of Walter was muted, not because they thought he was guilty but because he had had an extramarital affair and wasn't active in the church. At the church meeting, I spoke mostly about Walter's case, but I also reminded people that when the woman accused of adultery was brought to Jesus, he told the accusers who wanted to stone her to death, 'Let he who is without sin cast the first stone.' The woman's accusers retreated, and Jesus forgave her and urged her to sin no more. But today, our self-righteousness, our fear, and our anger have caused even the Christians to hurl stones at the people who fall down, even when we know we should forgive or show compassion. I told the congregation that we can't simply watch that happen. I told them we have to be stonecatchers.

When I chuckled at the older woman's invocation of the parable, she laughed, too. 'I heard you in that courtroom today. I've even seen you hear a couple of times before. I know you's a stonecatcher, too.”

I am grateful for people like Bryan Stevenson, the "stone catchers" in our society...who catch the stones aimed at the most vulnerable in our society instead of throwing them. Because “Each of us is more than the worst thing we’ve ever done.”

I am listening to Glennon Doyle's latest book, Untamed, right now, and I am finding myself inspired to tears. More on that book to come!

I just created a new Facebook group, Shine and Inspire, to share inspiration and resources on how to express ourselves untamed and creative...free to be who we are meant to be. We'll talk about feminism, politics, arts and culture, books, and music...and the purpose will be to inspire and motivate each other. Support, love, and friendship for all! Join us! 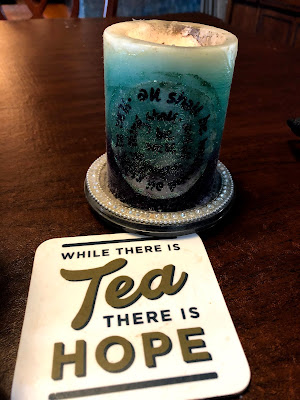 Stay well. Love to all!

Joan Baez sings with her granddaughter

This past weekend, Joan Baez sang with her only grandchild, Jasmine, at a kids' festival. Jasmine is the daughter of Baez's only child, Gabe, with ex-husband David Harris.

Baez lives in California, in a house with a backyard tree house, with her activist mother (Joan Bridge Baez), who is now 97. Her son, his wife, and Jasmine live nearby. What a cool grandma!

The singing starts around 2:20 in the video. Enjoy! 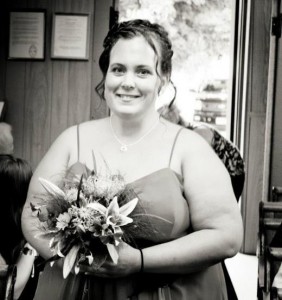 For you NICU parents out there, you know what I'm talking about. If you are not an NICU parent, this is what that means:
A Grade 4 brain bleed is layperson speak for a "Grade IV intraventricular hemorrhage," bleeding into the brain's ventricular system. It's very common in premature babies. Most brain bleeds occur in the first 72 hours after birth, and the use of oxygen (critical for extremely premature babies' survival) increases the risk. Brain bleeds come in four levels. Grades 1 and 2 are the most common, and often result in no major complications. Grades 3 and 4 are the most serious and can result in long-term brain injury (blood clots forming, blocking the flow of cerebrospinal fluid and increasing fluid in the brain) or death.I vividly remember the nurses and doctors repeatedly telling us how lucky we were that our own 24-weeker, Chris, did not have a brain bleed. They considered it quite the miracle, since he was born at the edge of viability and had a… 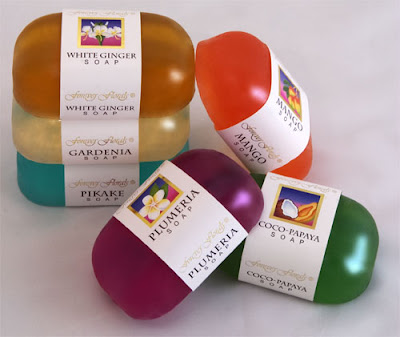 No, it's not the title of a new R-rated movie.

At the risk of having my dear readers think I've gone completely bonkers, I've decided to share a little folk cure I've discovered in the past week.

Ever since I had Nicholas at the ripe age of nearly 42, my body has never been the same. My joints are sore, my muscles feel ancient, and my bones are creaky. I creep out of my chair if I've been sitting at my desk for too long, and night time is the worst. I often wake up with aching hips. Honestly, there's nothing like having a baby in your 40s to make you feel old (in more ways than one!). I wouldn't change a thing, believe me, except I could do without the aches and pains.

The Oregonian has a natural health column every Sunday, and a few weeks ago it mentioned a cure for leg cramps or pain: placing a bar of soap in the bed. I tend to be very skeptical of homeopathy and the like, so I guffawed a bit when I read it. However, I also thought: "What could it hurt?…