on August 04, 2013
The theme this week for Monday Listicles is "Things I've Done that Are Completely Impractical." As I was trying to come up with ten things, I realized that I'm actually a fairly practical person...it took me awhile, but I managed. 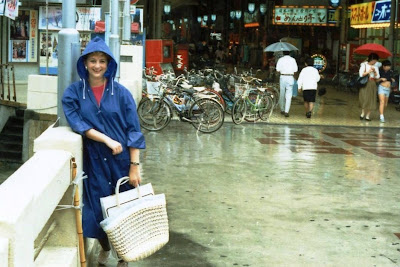 1. Going to Japan at the age of 21 without speaking any Japanese (beyond a few words). Crazy, yes, but one of the best things I ever did (as I met the love of my life there and saw the world)!

2. Acquiring a dulcimer (at a garage sale), which I've never learned how to play--I've had more luck with the mandolin I received for my birthday when I turned 40!

3. Throwing large parties, which I enjoy doing but they often wear me out afterward! At least I've learned to go potluck style nowadays.

4. Buying a house with a large yard that's impossible to take care of--we have 1/3 of an acre of wild land--with some enormous trees and old shubbery (for example, massive rhododendrons)...we moved to this house because we wanted a larger yard for our one child at the time, but we took on more than we could chew. As a result, it grows wild, annoying our neighbors.

5. Immediately stripping five layers of dated rose wallpaper from our living room and dining room walls...while we had a three-year-old son. We lived with stripped walls (or those in the midst of stripping) for some time before I painted them all. Now the paint job is showing its age, and it really needs to be repainted.

7. Thinking we could keep up with a worm bin...which is now worm mush. We are just not organized or methodical enough to maintain worms. I'm so good at coming up with ideas, but my weakness is the follow-through!

8. Thinking I could become a knitter...I really thought I could do it a few years ago, but after a knitting disaster, I have not returned to it since! I'm thinking of giving up most of the many knitting books and supplies I bought and just keeping one pair of needles in case I want to make some washcloths. I really admire people who can knit away while listening to a concert or a lecture, and I wanted to be one of those people. Maybe someday I'll pick it up again, but I suspect I'm too interested in faster results out of my arts and crafts.

9. Punishing one's child with "no screen time for a day" when the other parent is the only one around...this happened today; can you tell? Six-year-old Nicholas got his screen privileges taken away today for shouting in a microphone at church, and Mike was the one to withdraw privileges and then leave for the afternoon. All afternoon, I had to endure moans about how bored he was and how nothing else was interesting. I have to admit, the tables have been reversed...I too have withdrawn privileges and then left a child in Mike's care!

10. Trying to convert my family into having principles about their shopping! I am a "principles shopper," and base my purchases on the values of the company, as best I can. I rarely darken the doors of Walmart and I nearly always buy fair trade chocolate since I learned about child slavery in the chocolate fields. I don't go to McDonald's or other fast food chains--not only because of the unhealthy food but also because of the environmental devastation they cause. The point is...I can rarely convince my family to come along with me, with the exception of my middle child, Kieran. Mike took the kids to McDonald's the other day. Nicholas blithely buys cheap, slave-produced chocolate with his own money. Chris is horrified that I'm not crazy about buying Ben & Jerry's (now owned by GMO-supporting Unilever). Fortunately, no one wants to go to Walmart. But I do feel that I am fighting the good fight alone sometimes! I suppose it's impractical to convert my family members.

Maybe I need to practice more impractical acts, since #1 was one of the best decisions I've made in my life. Come join in the fun and read about the other impractical acts at The Good Life. 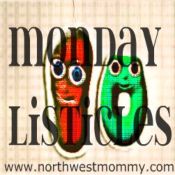