Right-wing men's heads explode at the notion of female breadwinners 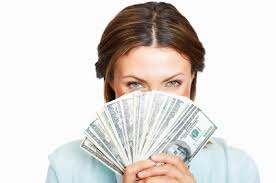 Opinions are gradually evolving: 79% of Americans do not believe women should return to traditional roles, and 63% of people rejected the idea that it's bad for a marriage if a wife out-earns her husband. However, the public still views moms and dads differently, and 51% of respondents say that children are better off if a mother is home and doesn't hold a job, while only 8% say the same about a dad.

Well, when this news came out, the right-wing pundits at FOX News had a field day...yes, a bunch of guys sat around complaining about marriage is disintegrating and the world is coming to an end:


The worst one was some pundit (editor of RedState.com) named Erick Ericson (who I'd never heard of), who said that liberals are anti-science:


"I also noted that the left, which tells us all the time we’re just another animal in the animal kingdom, is rather anti-science when it comes to this. In many, many animal species, the male and female of the species play complementary roles, with the male dominant in strength and protection and the female dominant in nurture."

These arrogant, sexist men equate female breadwinners with single mothers, and claims that science proves that kids are more successful when kids have breadwinning dads:


"But we should not kid ourselves or scream so loudly in politically correct outrage to drown the truth — kids most likely will do best in households where they have a mom at home nurturing them while dad is out bringing home the bacon." --Erick Erickson

Well, wonder of wonders, Erickson and his cronies were eviscerated by FOX News' most famous female journalists, Megyn Kelly (who called Karl Rove out on election night) and Greta Van Susteren. I was baffled that they seemed to be surprised by these men's reactions, but delighted nonetheless that they didn't let these sexist comments slip by (even though Kelly insists she's not a feminist):


Kelly also calls them on their claim that children do better in two-gender families with male breadwinners...and tells Erickson that he IS judging women who are breadwinners, although he kept saying that he wasn't judging. "Just because you have people who agree with you doesn't mean it's not offensive...you sound like someone who's coming out saying you're not judging, when you are..." and she read real scientific facts, saying "Why are we supposed to take your word for it?"

She told Lou Dobbs that he was full of shit when he kept equating single moms to female breadwinners. She also compared people in the 1950s who quoted science to outlaw interracial marriage. "You are denigrating the choices made by others."

Greta Van Susteren wrote on her blog, "Have these men lost their minds? (and these are my colleagues??!! oh brother... maybe I need to have a little chat with them (next thing they will have a segment to discuss eliminating women's right to vote?)" Where has she been???

I find it partly sickening, and partly amusing, knowing that these men think that female breadwinners like me--and men who choose to stay at home to be primary caregivers of the children--are destroying the fabric of American life and sending our children and marriages downhill.