Mommy's as smart as Velma, apparently... 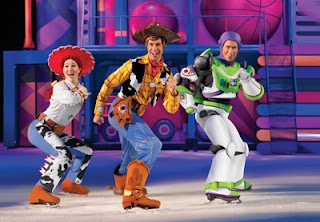 As we approached the Rose Garden, we ran smack dab into an Occupy Portland group protesting against the Bank of America. They were marching and shouting "We are the 99 percent!"

Nicholas asked me why they said they were the 99 percent, and I tried to explain (in five-year-old terms) the gross inequities in our economy.

Then he said "Mommy, why do you know everything?" I said "I guess you think I'm pretty smart, huh?" "Yep, he said...you're just like Velma!" 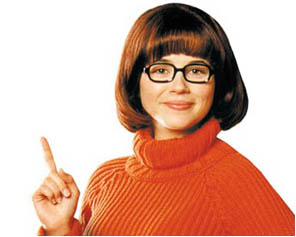 Well, I consider that high praise indeed. I've always liked Velma more than the shallow Daphne. Although Velma could stand to let her hair down occasionally!

I considered the irony of attending a show produced by a mega-corporation (Disney) next door to the protesters. Especially when ice-skating Barbie said her famous line from Toy Story 3: "Authority should derive from the consent of the governed, not from the threat of force!"

I guess it symbolizes my feelings about the Occupy protesters. I support their freedom and courage to protest, and I'm glad to see a spirit for passion and justice rising up in this country; however, I'm also aware of the burden the protests are placing on our already-burdened civic servants and limited city resources...money that could instead be put into the schools or spent on social services.

I guess today I was just a mom instead of a radical. Trying not to feel too guilty about putting money into corporations' coffers.

We greatly enjoyed the show. I liked Ken and Barbie (talented pairs skaters), but Nick liked it when Buzz defeated Emperor Zurg (in a flashback to Toy Story 2). (You killed my father! I am your father!)