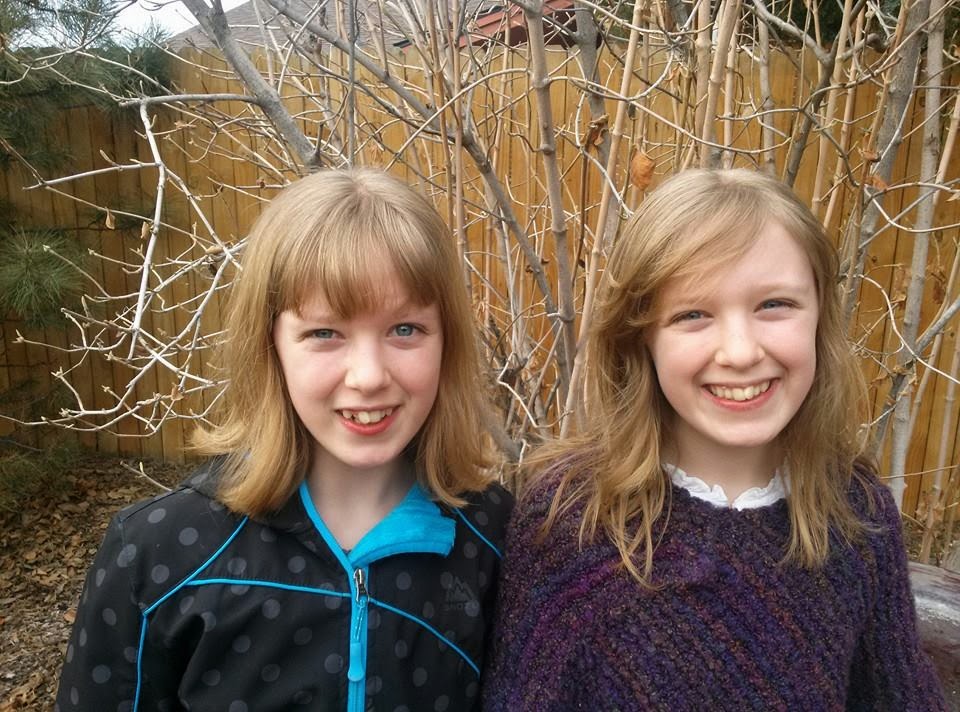 My two young friends Myla and Ari (daughters of my friend Shelia), age 11, are shaving their heads tomorrow to raise funds for childhood cancer. That's right, age 11. How many sixth-grade girls do you know who would SHAVE THEIR HEADS?

I've always known these two were phenomenal. They share the creative energy of my Kieran, and watch out when they all get together! They have raided the Holden Village costume closet, put on a carnival, produced plays together, and put on a murder mystery (last summer at the beach). I have no doubt that if Kieran were in Boise with the girls, he'd be shaving his head too. (In fact, he said he wanted to when I told him what Ari and Myla were doing!) Not only are they rock star students, musicians, and artists, but they are also solidly committed political activists and practice peace and justice in their daily lives.

Childhood cancer is extremely underfunded, so the girls decided to jump in with both feet. Ari's met her fundraising goal of $500, but Myla is $15 from her goal. Would you help them up the ante?

Donate to Myla
Donate to Ari
We donated in honor of the 4-year-old son of a coworker in Boise (Desmond), who is undergoing chemo right now for a sarcoma under his eye.

Love these girls! They could use our support. I look forward to seeing their shiny heads tomorrow!