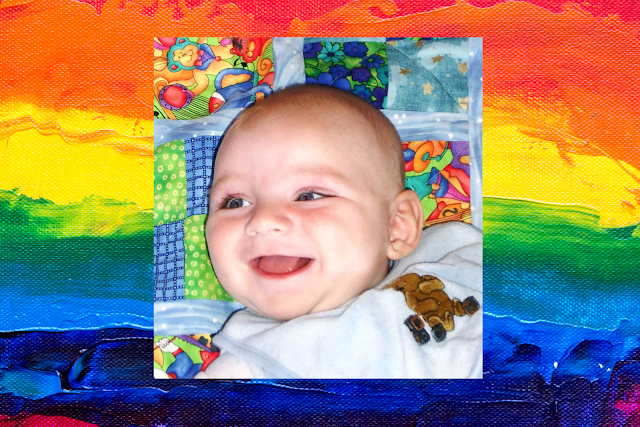 Seventeen years ago today, we heard a loud healthy squall in the delivery room as Kieran, our rainbow baby, entered the world. A rainbow baby is a healthy baby born after a miscarriage or infant death.

I miscarried four babies before Kieran. One evening over dinner at a Middle Eastern restaurant, Mike even suggested that we stop trying to have a second child because of the pain and anguish. But we both come from families of three children, and I wanted Chris to have a sibling. We kept trying, in spite of the losses, and I began seeing a reproductive endocrinologist. He could never figure out why I was miscarrying, but I wouldn't be surprised if it was connected to the difficulty of getting pregnant and birthing my first baby at 24 weeks. When I got pregnant with Kieran, I held my breath.

As many of you know, I've always been drawn to rainbows as a symbol of hope and resilience...so this term is perfect for this boy child of mine...wildly creative, fiercely independent, funny, bright, tough but tender, and loving.

Always dramatic and drawn to expressing himself through artistic and creative play, he spent most of his childhood in costume. Here are just a few examples of the costumes over the first several years! 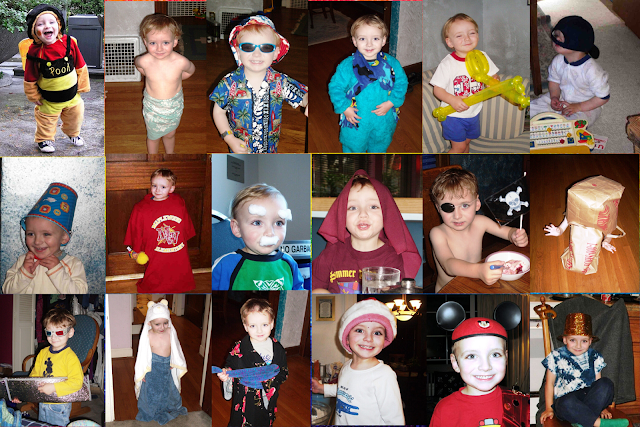 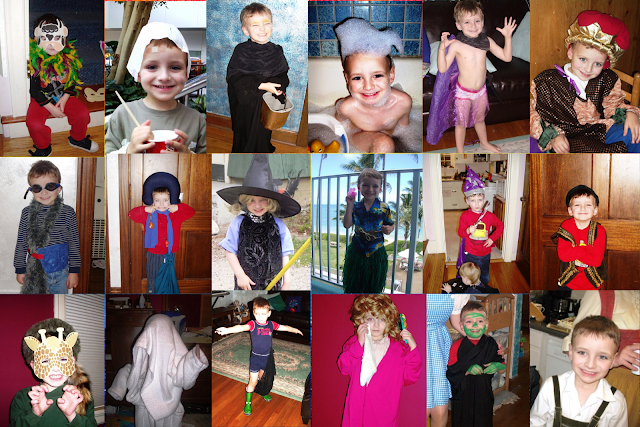 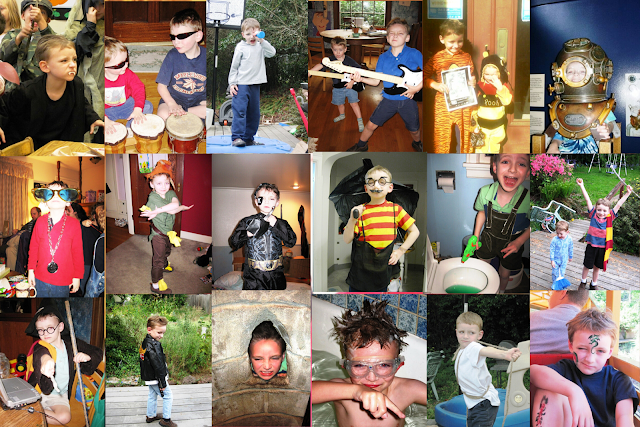 When I look back through his childhood photos, I realize that much of what our family does has been led by Kieran. He's a born leader and he dreams big. As a preschooler, he had a mad crush on a classmate and wanted to build a "love machine" in the backyard...later it turned into a restaurant in the backyard, and nowadays he's desperate for a sauna. At one point, he loved to go to a park and collect branches to make Harry Potter brooms. If we were ever near a body of water, Kieran would end up in it. One night we had a seance, completely orchestrated by him. Then there were the elaborate birthday parties, complete with costumes and dramatic play. And he's been directing plays with his friends from a very young age.
Kieran became a big brother at age three, just as he was starting preschool. One of our close friends observes that he immediately grew up when Nicholas arrived. From the very beginning, he's been an amazing big brother, leading Nick into all sorts of adventures through the years. As the most independent of our three, he also helps Chris out with driving and other support. 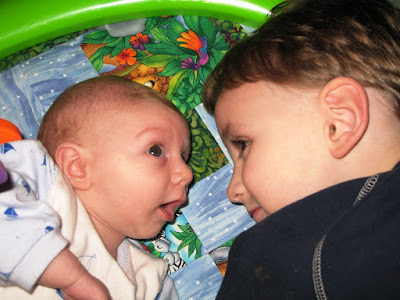 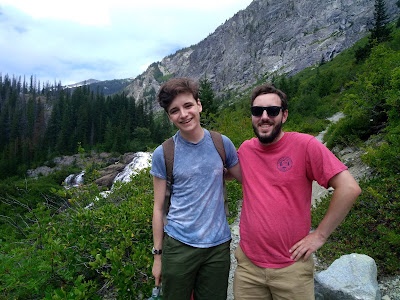 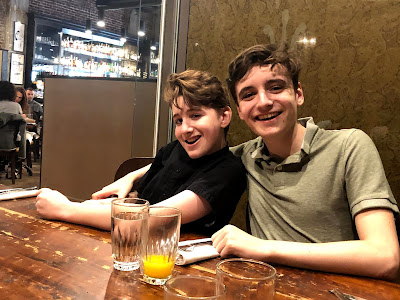 We took him to theater from an early age, starting with the preschool-age Ladybug Theater. By the time he was eight years old, Kieran felt a huge pull to the stage and we did everything we could to nurture it. By the end of that year, after some theater camps, he had landed his first professional role, the child lead in Jane Theater Company's pantomime, "Frankenstein: The Little Monster." Twenty-five shows in five weeks...I still can't believe he survived that. He proved himself to be an exceptionally hard worker and committed to his craft. He does not do things by half. 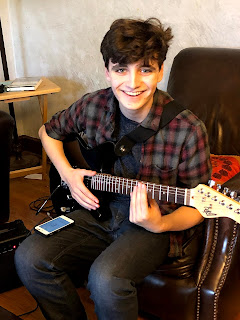 He's taught himself how to play the ukulele and guitar, completely on his own, by watching YouTube...and he's also got a natural gift for cooking. I've learned many things from him in the kitchen. He's a seeker of knowledge and a multi-passionate renaissance man. He loves Bob Dylan and John Steinbeck.

Soon after enduring and recovering from mono last December (and somehow keeping his grades up), earlier this year he directed his first play..."Gruesome Playground Injuries" with Enso Theater Company, as their student director of the year. He crowdfunded the money needed to produce it, cast the actors and found the crew, and directed the entire heartfelt, emotionally complex production. He tells me that he actually enjoys the process of directing more than acting, which comes as no surprise to me.

I'm sure it was a shock to his system to be so completely independent and directive for several months, and then suddenly (literally a few weeks later) be shut completely down and confined to his house, not able to go off and see his friends and do outside activities. What a horrible shock to the system for a teenage boy.

I'm so proud of the man he is becoming. Tonight we are celebrating with takeout Indian food and watching his choice of movie..."The Good, the Bad, and the Ugly"!

Here are some glimpses of Kieran's theater highlights through the years...I can't wait to see what he does next...but we will all be terribly sad, and our house will be so quiet, when he leaves for college next year. Love this 17-year-old!