Eight things I love about Maplewood, and goodbye

Tomorrow will be our last day at our beloved Maplewood, after SIXTEEN YEARS. That's what happens when you spread your children out (and have a bonus baby). We began in the fall of 2002.

One of my first memories of Maplewood is the kindergarten open house, when then-Principal John Blanck explained to a handful of anxious my-kids-are-geniuses-and-need-to-be-challenged parents that Maplewood was not a good fit for everyone, because they didn't teach to the tests. Having recently come from a play-centered coop preschool (Multnomah Playschool), this fit perfectly into our education philosophy. (Sadly, John Blanck retired and things have changed since then--now Maplewood does have to teach to the tests, like all other schools.)

Chris started kindergarten (half-day, which was all that was offered back then) with Cass Lang, who would end up being the only teacher who would teach all three of our boys. Cass is one of only five staff members who were there in 2002 (and still there).

Here are eight things I love most about Maplewood:

1. Exceptional staff. In spite of constant budget cuts in Portland Public Schools, way-too-big class sizes in small classrooms, and the increasing pressure to step up the curriculum, we have loved our Maplewood teachers. Our kids have had an outstanding elementary school education and a great start to their schooling experience.

2. Highly involved parents. Maplewood is not a wealthy school like others in SW Portland, but the parents are actively engaged and involved.

3. Teaching to the whole child. Even though the stakes have risen considerably in the 10 years' span between Chris and Nick in kindergarten, the teachers still place a big emphasis on teaching beyond the tests. The kids also learn citizenship, values, the arts, technology, and physical fitness.

4. Interesting extras. When Chris was at Maplewood, we had a music teacher who taught each class AND had a band and choir. It's where Chris first learned to play the drums. After she left, we had a big gap for several years, so I went into my kids' classrooms and sang with the kids. When the school was able to reinstate music, it was never to the quality of Kathie McNett, but the kids got to sing regularly. This past year they've had dance and movement instead. When they weren't able to fund PE, the husband of Nick's kindergarten teacher came in to teach the kids. (That's commitment!) The one regular extra has been computer technology and library taught by Elin Kordahl, one of the few teachers who's been around all 16 years.

5. Honored traditions. For years, we would have a Halloween parade, which John Blanck had to defend to the school district and other schools. We'd also have an annual carnival (not my favorite event but the kids loved it!), Run for the Arts, an auction, and a fifth grade talent show, among other events.

6. Strong commitment to literacy. Thanks to the creative and committed Elin Kordahl and the fantastic teachers, Maplewood is highly strong on literacy. Each year the school celebrates Read across America with local celebrity guests in the classrooms, Readaloudathon (which Mike has run for years, and which raises thousands of dollars each year for the school), Bookbaggers (an ambitious literacy-themed, elaborate sleepover, which was started by the previous librarian, Pepye Ladd), Oregon Battle of the Books (which made me wish I was a student again and could compete myself!), and Poem in Your Pocket Day. Maplewood also has a Reading Friends program, in which adults volunteer to read with kids who need a little extra reading help. Mike was a Reading Friend this year for the first time and had a rewarding experience.

7. Compassionate community. Another annual tradition is to help families in need around the holidays. This program was started by one of our beloved teachers, Renay Schaeffer, and a parent (and teacher in another district), Bobbi Janssen. Mike stepped into Renay's role a few years ago, and last year they fed more families than ever: 31. I was astonished to see the incredible amount of generosity displayed by our small school community.

8. Time-tested friendships. Last week we went to a great 50th birthday party for a former Maplewood parent. As soon as we walked into the Old Market Pub, Kieran was embraced by his former Maplewood friends. Even though he went to a different middle school and consequently was separated from those kids, it was clear seeing them together that they formed strong bonds at Maplewood. Chris is still in touch with some of his closest Maplewood friends, and Nick...well, Nick is our most social child ever. He values his friendships above almost anything beyond family. And then there's us. We knew a lot of families going into Maplewood (from Multnomah Playschool), and I have enjoyed our continuing friendships with great families. As we've entered the sports world, it's been great to watch baseball and basketball games with other Maplewood parents. And then there's the teachers...some of the teachers have become our friends, as well, and we still see them even after retirement!

And here's a trip down memory lane! I can't seem to find any photos of Chris in kindergarten...that was the pre-digital age, so I suppose they're in the basement somewhere! 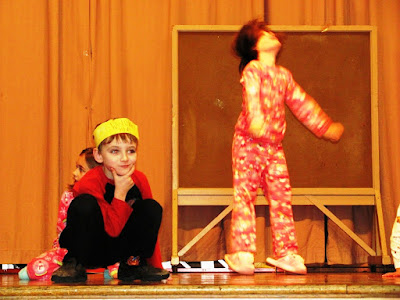 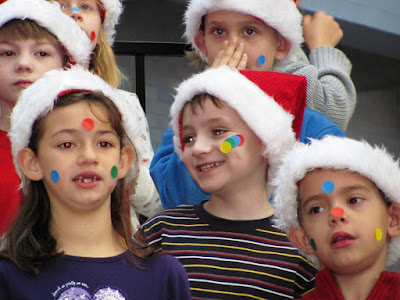 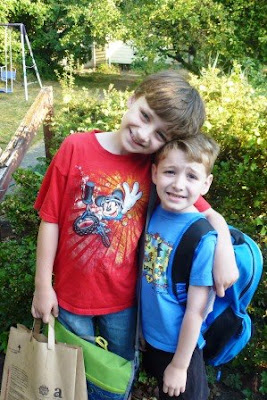 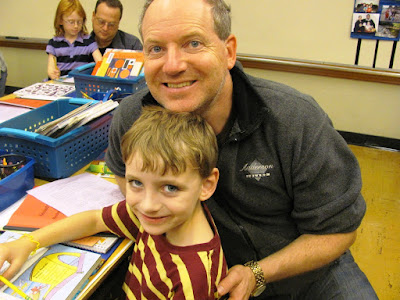 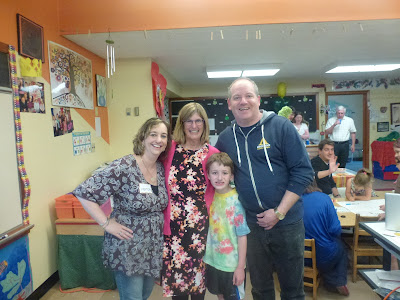 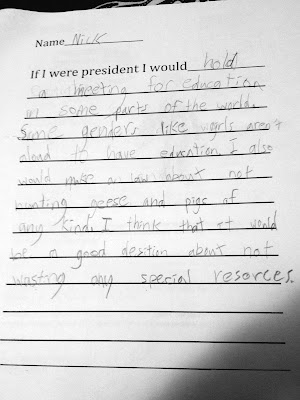 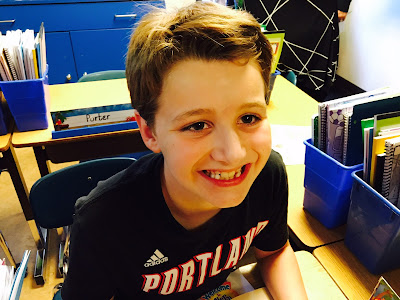 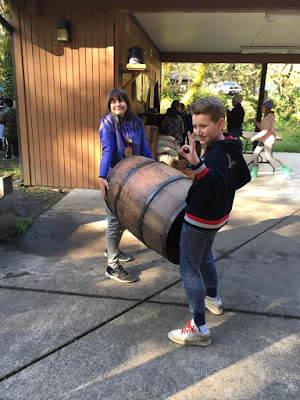 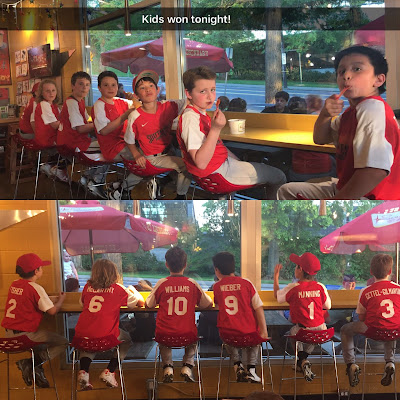 And today, we went to the final fifth-grade promotion ceremony. So much growth and development in this little neighborhood school. Our kids have blossomed under the tutelage of exceptionally talented and loving teachers. I am feeling sad about leaving this wonderful shelter of a school. 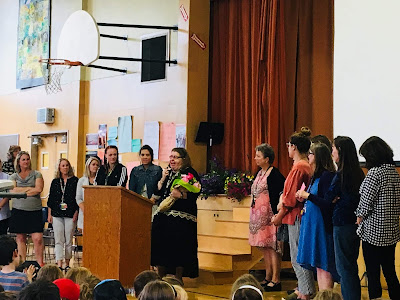 At the actual promotion ceremony, each student went up to say their "precept" (a quote that represents who they are). I was touched to hear how many of them chose quotes about helping people, being kind, or making the world a better place. A true sportsman always, Nick's precept was about winning and losing. :)

This class of students is really exceptional. The teachers said it's the best class in quite a long time. The kids are so nice, funny, and interesting.


Okay, who's crying? I am not usually the sentimental type, but I'm feeling a sense of loss, moving on from this tightknit, comforting school. Thank you, Maplewood staff, parents, kids, and community! It's been a wonderful 16 years!
Posted by Marie at 10:34 PM 2 comments: