Don't mess with my brain again!

In early August, I shared that I'd received news that my cholesteatoma had returned and that I'd have to have a modified radical mastoidectomy. And now that's changed again: the surgery will be similar to what I had last time (mastoidectomy and tympanoplasty).

Yesterday I had a CT scan and MRI, with a mammogram snuck in between them. (My friend Rachele said she's never heard the words "snuck in" and "mammogram" in the same sentence...leave it to the great multitasker!) Mammograms scare me because I've had so many close friends battle breast cancer, and I've had to have several biopsies. Fortunately, it was clear. Phew!

Today I met with my ear surgeon, Mike in tow to take notes. As I told Mike later, as a communicator I always write the most important point in the beginning instead of rambling on to the point. Well, my ear surgeon doesn't operate by those principles. He shares lots of details, with the point at the end.

He began telling us all about what he's been considering for my surgery on September 23, starting with explaining to the insurance company why he needed both the CT scan and the MRI. Then he started talking about why he chose to consult with the neurosurgeon who did my brain surgery.

After they both looked at my films, the highly accomplished neurosurgeon, who is really not my favorite doctor, shared his belief that the modified radical mastoidectomy (which would essentially open up the inside of my ear) could expose my dura (the lining of my brain), which they had to repair back in 2012. It's too risky. 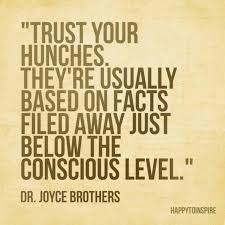 Sometimes I have a hard time following my surgeon's extremely detailed explanations about ear anatomy and cholesteatomas, but I like him. He reflected back to 2013, when he had an "epiphany" that he should try an alternative to the modified radical. He trusted his instincts. I believe in following your hunches while balancing data at the same time. I'm glad he did so.

So instead of the modified radical, he will remove the cholesteatoma and attempt, again, to rebuild my ear drum. I asked him if this means I might still require further surgeries, and he responded that if I do, I will break the records. That's not exactly reassuring for me, because I seem to have done that already. But I'm also glad they are trying to protect my brain.

Mike later revealed that when the ear surgeon mentioned the neurosurgeon's name, he panicked a little, thinking that I'd have to have brain surgery again. That thought hadn't even occurred to me, and I'm glad it didn't!

Sixteen days until surgery. The thing I'm dreading most is the pain. Many Web sites claim that the pain from ear surgery is minimal. I don't know what they are smoking! In my experience, it hurts like hell.

I'm stocking up on DVDs and clearing my schedule. In spite of my pain fears, I'm actually ready for it to be over with so I can move on with my life again.
Posted by Marie at 5:52 PM No comments: