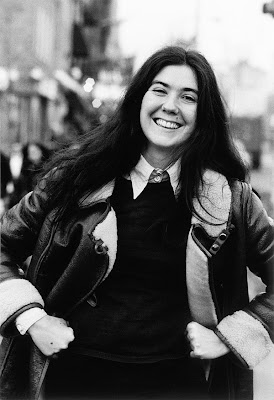 The folk world has lost a gem...Canadian singer-songwriter Kate McGarrigle died at the age of 63 in her home. She had been performing with her sister Anna since the 1960s and got their break in the mid-1970s, when their songs began getting covered by artists such as Linda Ronstadt, Emmylou Harris, Judy Collins, and Billy Bragg. McGarrigle had been battling cancer for a couple of years.

She was once married to American singer-songwriter Loudon Wainwright III and was the mother of Rufus and Martha Wainwright, both singers themselves.

Here is a video of the McGarrigle sisters, Rufus Wainwright, and friends, singing "Hard Times Come Again No More":

To learn more about the highly talented McGarrigle sisters, visit their web site. Youtube is also packed with more of their videos. We have one of their CDs, but I'm going to check out the library to see what else I can find. It's been a hard year for losing cultural treasures.
Posted by Marie at 10:16 AM