Funny story of the day:
The joke is on me! I bought a bag of dark chocolates so I can treat myself occasionally. But I have to hide them from Mike, who has no willpower when it comes to chocolate. I hid them in my bedside table with a bunch of books. Today when I went to op...en the drawer, it had stuck shut! He had to help me open it. Ha! I gave him a chocolate for his troubles, but now I have to find a new hiding place! :)

Random comments on the day:
I don't like passive-aggressive or flakey behavior.

I finished my second knitted washcloth, but I had to look for a video on "binding off" on youtube, because I doubted myself and my Stitch 'n Bitch book. I'm not sure when I'll feel confident enough to try something beyond washcloths!

If someone has not been able to improve his/her performance so far, how can I help this person to do so in the future? Is it even possible?

Why do people have to be so hateful, and why do we as Americans allow this behavior? It seems that there is not enough outrage about all the racist, hateful comments about Obama.

I am a drill sergeant when it comes to helping Chris study.

Nick doesn't want to grow up--this preschool thing is hard for him. He keeps informing me that he is a baby.

Kieran can be so sweet...when he's not competing with his little brother for attention. But last weekend when Mike and David took the boys to a playground, Nick came down the slide, half hanging over it. Kieran swooped in and rescued him before Mike could get to him.

I desperately wish Chris would pass out of his wrestling obsession. He really, really wants me to like wrestling, but it is so far away from something I would ever like. I cannot pretend to like it, even for him. Kieran, aka Danny Zuko, during his "Grease" phase...which has now turned into a "Hobbit" phase. I cannot keep up!!! 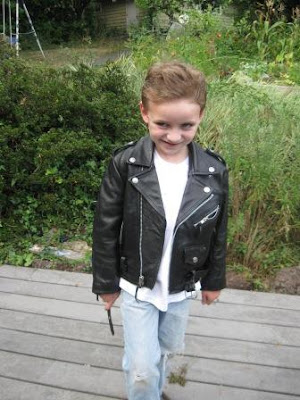 I bought him this leather jacket on eBay, thinking it could be for his Halloween costume. However, he now informs us he will be Bilbo Baggins for Halloween. 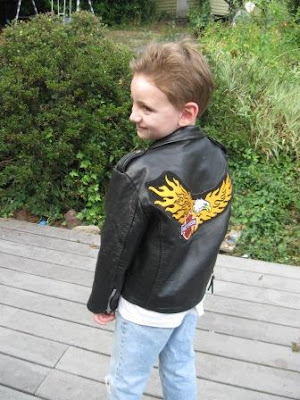 Too bad, because he made an adorable Danny Zuko! 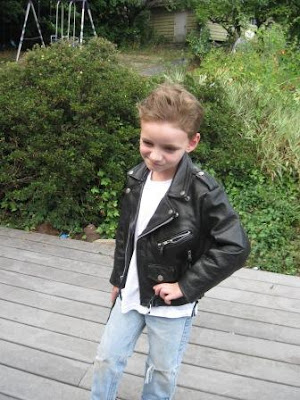 Kieran, Nick, and Mike made the school newsletter! 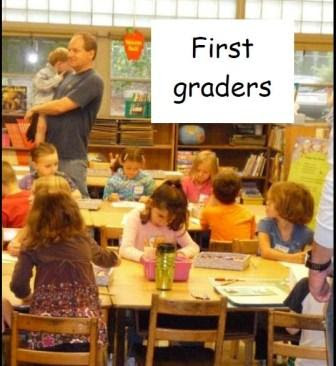 Nicholas' obsessions have stayed a bit more constant--firefighting, Santa hats, and Cinderella (and princesses of many persuasions, thanks to his Grandma England!). 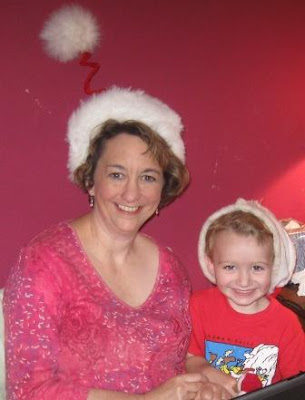 Kieran and Nick at back-to-school night at the gradeschool, putting on a performance in the Wildwood: 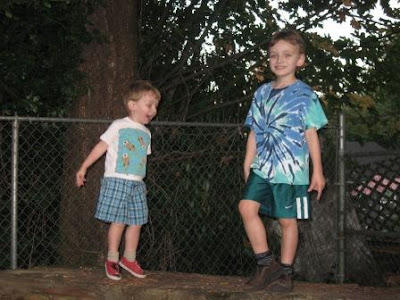 Kieran's all geared up for drama club, which starts one day a week after school in October. He can't wait!
Last Friday Mike took Nick to the zoo for the morning, so he could see his beloved Samudra the baby elephant. 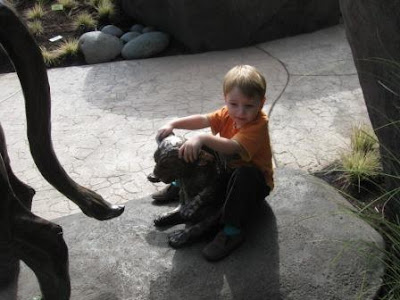 Tonight he informed me that he was Dumbledore! (Notice Kieran in the background, desperately wanting to be in the photo) 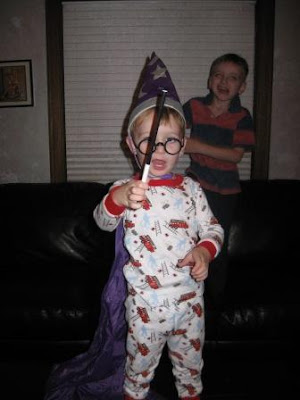 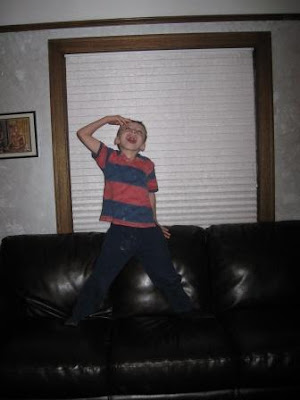 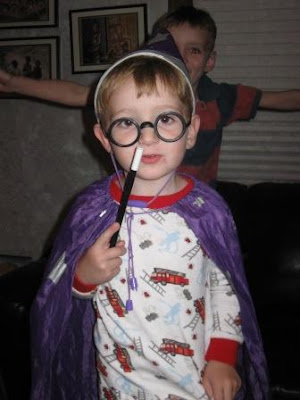 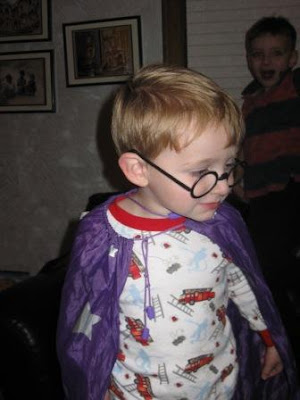 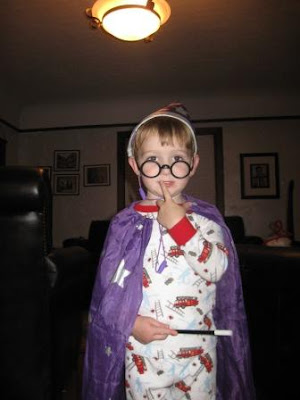 What's that you say, Severus? 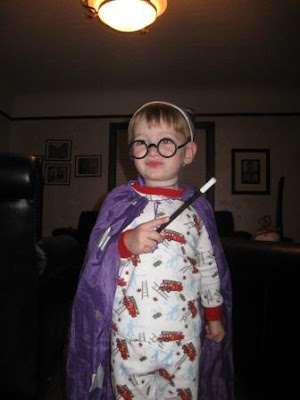